We look forward to introducing you to Dott.ssa Isabella Gobbo, an expert in ethological wellbeing, relationships, communication and behavioral discomfort of the cat, internationally accredited ISAP. Isabella is a great professional in her field. We have been able to follow her in several cases.  We first met thanks to the adoption of his ragdoll Artiglio, son of our wonderful Hector and Charlize of the Ragdolls of Baroness Teresita.

Between us it was sympathy and trust at first sight! 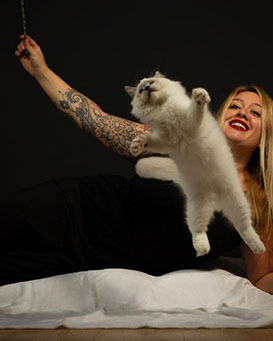 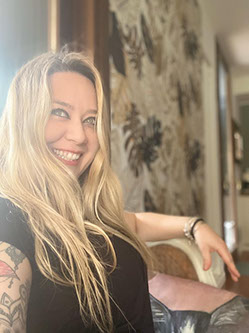 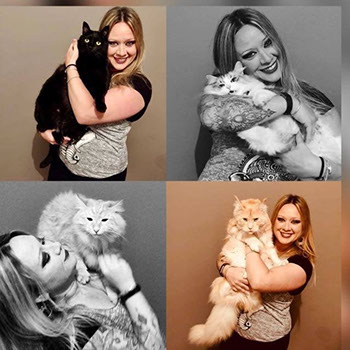 Whenever I am asked to introduce myself, in my head I go through my past and I start with a dedication to read between the lines and with the heart …

Because if it is true that in life I have often found someone who made me smile or gave me a hand in times of need, and I have found many indeed, cats always gave me four (paws).

I was born with a strong passion for the animal world, observing the world around me from an early age and finding in the eyes of animals the desire to be able to communicate with them, understand them and care for them.  I was born with the desire to read people between the lines too...   My training follows two tracks, apparently parallel to each other but instead firmly and strongly based on the same foundation. The connection between man and animal sunders with my studies in Sociology which embrace Social Psychology and Ethology which embrace Feline Psychology.

I particularly specialize in the dynamics of the Human Factor in complex environments.

My degree case study at the State University of Milan presented studies on team job, relational and cognitive psychology in connection to critical and impacting events. The desire to apply all this notions not only to the human sphere but also to the animal world, great passion of mine, pushed me to continue my studies obtaining the Specialization in ethological well-being of the cat, through studies of feline ethology and psychology in order to understand and improve the relationship between cat and man while further specializing in Relational Ethology to fully understand and embrace the connection also to the exotic animal world. 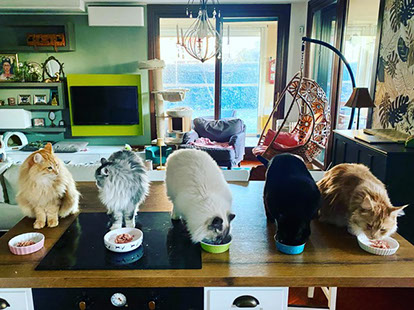 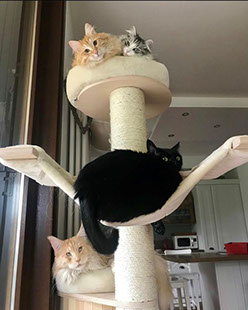 Suddenly Birbo came into my life.  I was helping a stranger only for a few days...  She told me the story of this kitten who arrived from Sicily by plane thanks to a relay.   He was being held in a cage at the clinic by a veterinarian who took care of him treating him for ringworm and other issues for over a month.  Before this, this little kitten was living with a family tired of broken knick-knacks and marked curtains.  The family was worried at the idea of people entering the house while they were away so they used to keep all windows closed leaving this poor creature in the dark all day long.   I was heartbroken ...  Short story straight, I didn’t know the lady at all and I was a stranger to the world of cats but I certainly could not remain indifferent to those words. It was important to get him out of that situation.  Then I would have come up with a solution.  I haven’t been able to let him go since.    Today my Birbo is a nice cat with a passion for good food and company like me.  Dresses in black from head to toe,  his color used to frighten our ancestors so much… but certainly not me!  And just like that, my adventure with the feline world began.  From that moment many things happened, even dramatic ones as the sudden loss of my very young Sgrinfio...  I haven’t stopped since that day and today I know much more about them than I did in the past.  I do treasure every day with them and I can claim to have a wonderful life with my feline family made up of my five wonderful companions who form a cohesive and close-knit group.  I have been asking myself a very fundamental question: how did they manage to change my life so much? How did they manage to enrich it so much that I keep wanting to know more?  Are cats really magical beings? They sure are for me.  I'm ready to mobilize the world to see them feel good.   It was with great pleasure that I discovered that I wasn’t the only person who had this idea.  This animal, who has been included in the 100 most harmful species on the planet, which kills prey not from hunger but because stimulated by movements, sometimes while performing great martial art moves  in order to get to the point, which walks with a soft step at night and then jump on us while we are asleep, which was shaped by evolution to be a solitary predator but capable of very deep relationships, it is today the most widespread animal in our homes.  Despite the well-known phrase by W. Churchill "the dog looks at us from the bottom up, the cat from the top down", whoever owns one cat often gets to own more than one, sometimes too many indeed… Today, Churchill’s quote, which is similar to many others who describe the nature of the cat as selfish, lonely, independent and opportunistic has been brought to fore.  In my dialogues and in my consultations, of a scientific, psychological, or empathetic nature,

I want to describe the many advantages that come with the understanding of the nature of the cat.   Its sociality, its social behavior along with the social and empathic communication and the ability to understand their behavior by establishing a dialogue and a correct and balanced relational bond with them has really positive implications. Promoting their social well-being also means promoting their physical well-being.  Today, the number of well known bad habits caused by the stress of the unnatural environment of our homes is constantly growing causing inconveniences that results in the display of behaviors such as peeing or pooping outside the litter box, idiopathic cystitis, destructive behaviors that often lead to depression. 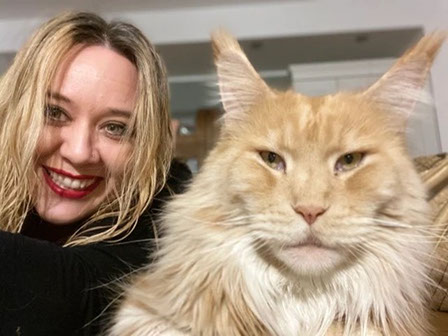 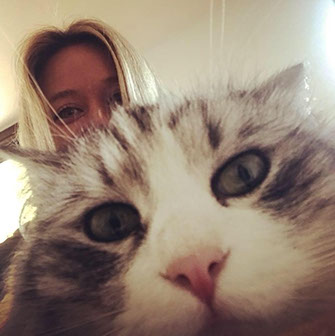 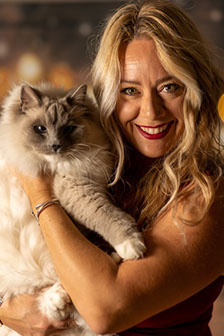 I CAN HELP YOU WITH YOUR CAT FOR

- Mining and eliminations outside the litter box - Furniture or sofa scratching - Nocturnal or excessive meowing - Cohabitation problems and integration with other animals - Aggression towards other animals or people - Personalized environmental enrichment - Adaptation for the birth of a child - Moving to a new home - Mourning process, excessive fear, contact difficulties - Cats that are elusive or difficult to comb and cuddle.

Do not hesitate to contact me for information regarding my consultations.

Cattery of Ragdoll by Valentino Papandrea

we are member of FIAF